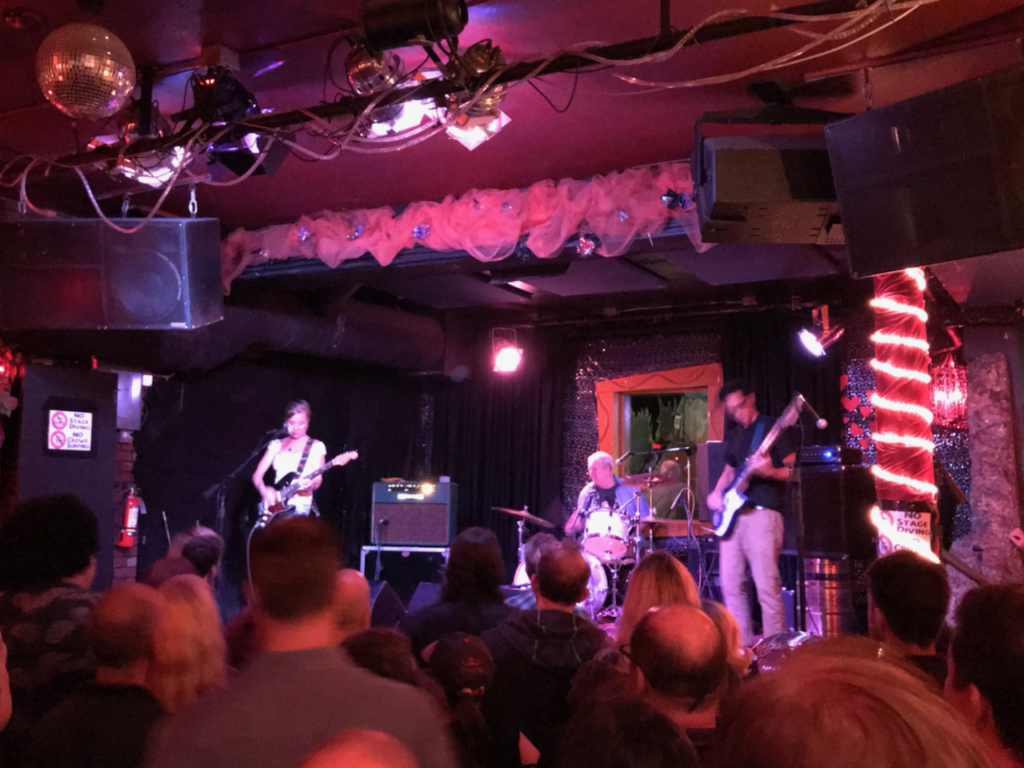 Kristin Hersh electric trio at BOTH

I discovered Kristin Hersh in the mid 90s. The first time I saw her perform was a solo performance in San Francisco. Hersh had just released her first solo album, Hips and Makers. That first Kristin Hersh concert was unforgettable – just Hersh on a stool with an acoustic guitar, swaying and singing those brilliant tunes.

I retroactively became a fan of Throwing Muses, too, and mentally kicked myself for missing their explosive, early period. But I’ve been a fan of Hersh’s music for 25 years, and have followed her steady output of solo albums, Throwing Muses releases as well as 50 Foot Wave, her punk band. Hersh is a stunning author as well. I highly recommend her memoir Rat Girl, which I just spent the last hour skimming to find this quote:

Some music is healthy, anyway. I know a lot of bands who’re candy. Or beer. Fun and bad for you in a way that makes you feel good. For a minute. My band is … spinach, I guess. We’re ragged and bitter. But I swear to god, we’re good for you.

Her last few records have kind of blended together for me, though I can appreciate that each one was created by a remarkable artist who’s songwriting, musicianship and production are in peak form. Her most recent album, Possible Dust Clouds, is full of compelling songwriting, from the driving LAX to the folksy Lady Godiva.

The recent performance by the Kristin Hersh electric trio at Bottom of the Hill falls into the spinach category. It was not a “fun” show, but it was good to be there. Hersh was accompanied by longtime Throwing Muses bassist Fred Abong and drummer Rob Ahlers of 50 Foot Wave. Hersh and band laid into the songs with a fierce intensity.

I was blown away by Hersh’s guitar playing which was technically on point, muscular and emotional. Hersh moved effortlessly between rhythm and lead, and her solos were searing, psychedelic, wah-drenched romps. Memorable songs included a rocking Mississippi Kite from the Crooked album, and a crisp, god-like Cuckoo from her first album.

The warmup bands were Dizzy Twin and Fred Abong (also the bassist in Kristin’s band). About Dizzy Twin I can say I loved the rhythm section. However I found the singer to be massively annoying, to be honest, which kind of blemished the experience. The style of music was kind of metallic, operatic, steampunk. The singer had on a metallic vest, and bowler hat. I focused on the guitarist on right of stage, who was very good, and mining a sort of of Led Zep/Ozzy groove.

Fred Abong played next. Just Fred on vocals and guitar. Looks like Kristin loaned him one of her fancy thin, hollow body electrics which sounded gorgeous. Abong had a nice clear voice with effective, hoarse edge to it. Abong’s themes were stark and his sound was spare. 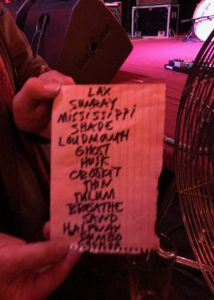