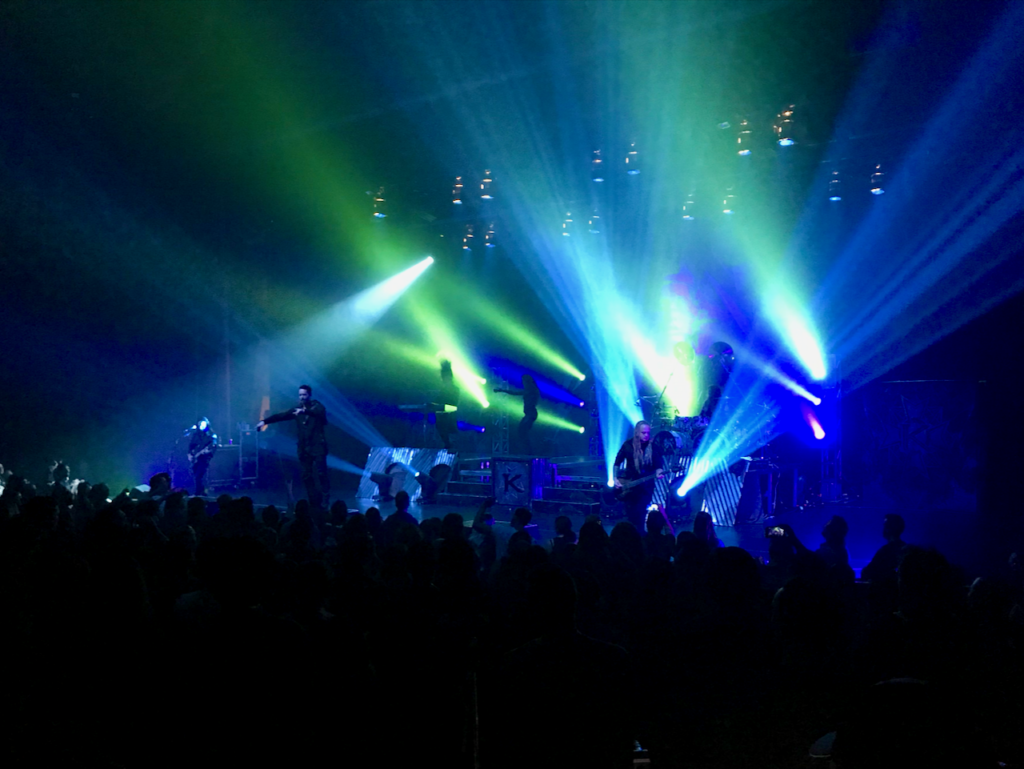 Kamelot at Palace of Fine Arts

I’ll be honest, this is not the kind of music I would put on for myself. But I’ve been spending a lot of time driving with my older son and I typically let him pick the music. So I’ve been getting introduced to bands like Diablo Swing Orchestra, Kamelot, Battle Beast and others on tonight’s bill. It didn’t take any arm twisting on my son’s part to convince me to join him for an evening of metal. The Palace of Fine Arts is such an iconic venue, and I had a feeling the bands would put on a really good show – I was not wrong.

My son drove us all the way from Boulder Creek to San Francisco on his learner’s permit. I wasn’t sure he was going to be game, but he ended up driving us all the way to the City for his first time. We parked down by Crissy Field, so we were right there by the Bay in the late afternoon. We soaked in the view for a few minutes, and then headed to the Marina district to find something to eat. A little while later, bellies full, we made our way to the Palace of Fine Arts.

It was twilight, and there were folks scattered about the great semi-circular colonnade of the Palace, with its statues and lush vegetation. There were the inevitable couples getting their engagement photos, and a few groups of obvious metal fans looking for the entrance.

I wasn’t sure what to expect, but I found the event to be very inviting. There were a lot of young, kind of nerdy guys like my son, many sporting band shirts and jeans. But there were folks of all ages, and likewise there was a fair number of women as well. There were only a small number of folks in what I would call “metal” attire – long coats and leather with studs and klunky black boots – and these were mostly older (on up from 40-ish) couples. There were a few groups of younger women that had some pretty cute metal outfits as well. In general, there was a feeling of camaraderie, of being inside a smallish subculture, with limited opportunities to gather.

The show got started pretty directly. It is an elegant theater on the inside, and everybody was sitting in their comfy seat when Battle Beast took the stage. Lead singer Noora Louhimo was decked out in Viking themed battle dress, and topped with a helmet with horns. Louhimo declared “This is a metal show! What are you all doing sitting down?” Naturally we all stood up and pretty much stayed standing for the rest of the night. Battle Beast was maybe my favorite act of the evening, because of the strong stage presence and vocal performance by Louhimo. As would be the case with most of tonight’s bands, there were several anthemic numbers (Eden, Straight to the Heart) that had the crowd pumping their fists.

I think Louhimo was being a little tongue-in-cheek when she claimed that Battle Beast is Finland’s number 1 “satanic melodic death metal” band. A little bit later she joked that they used to be a viking metal band, and then launched into Bastard Son of Odin from the 2017 Bringer of Pain album. Battle Beast played a solid set, took their bows for the appreciative crowd, and then they were gone.

Next on the bill was Sonata Arctica from Sweden. I enjoyed this band a lot, too. Lead singer Tony Kakko was really very sweet and down-to-earth. He thanked us all for supporting the artists, and showing up for live performance. Kakko mentioned that he was a parent, and directly referenced the climate crisis, so kudos for that. I noted that one of the songs related to suicide? He said “Life is better alive” which I certainly can’t argue with! They also did a vodka chant which was amusing. I noticed that the audience knows the songs and is singing alone which is great.

Finally it’s time for the main act, Kamelot. There are blinding lights, and the drummer is up on the big riser. My notes say “relentless from the first note” and “emoting and thrumming 110%”. Surprised to find just now that Kamelot is actually from Tampa, Florida. Lead singer Tommy Karevik is from Sweden, though. Karevik has an excellent voice. Joining Karevik on several numbers is Lauren Hart which added a nice counterpoint. Pretty much every song was a barn burner – drums pounding relentlessly, veins bulging on the bassist’s forehead, guitar player shredding and stalking the stage. We really got our money’s worth from this show! 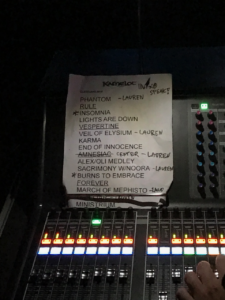