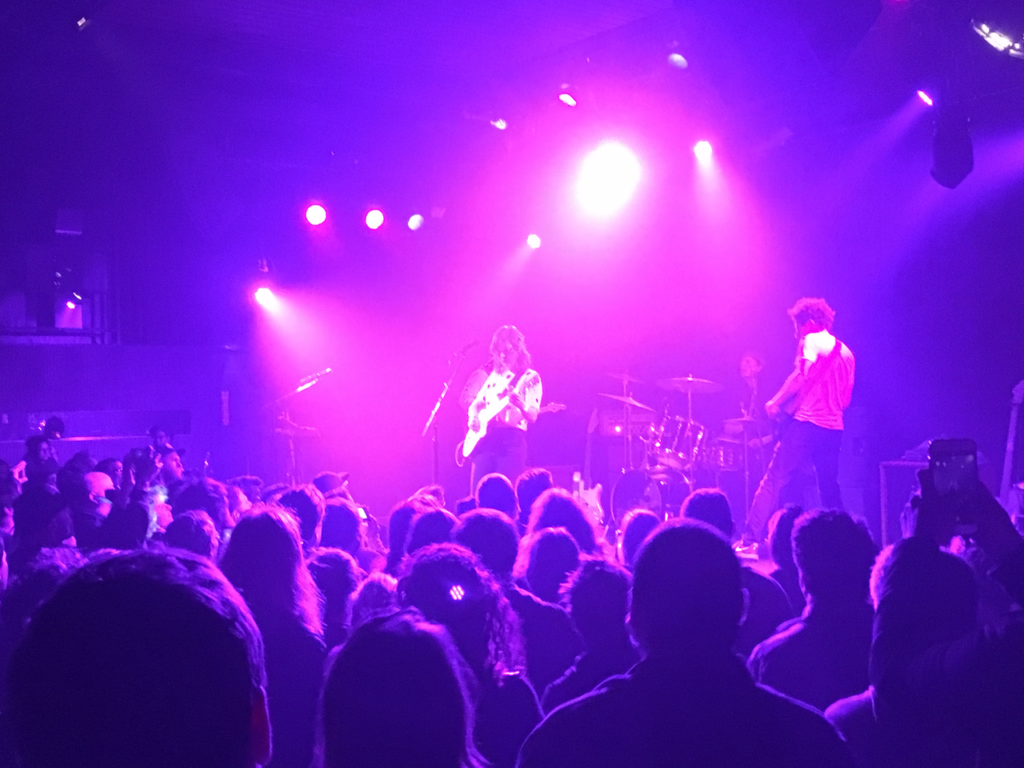 Mary Timony at the Independent

I confess that I was entirely unaware of Helium when they were a band. I think I first saw Mary Timony performing her solo work as a supporting act at a Sleater-Kinney show around 2000. I have seen her a few times since then, as a member of the incendiary Wild Flag, as well as her latest band Ex Hex, both of which rocked. So when I saw that Timony was going to perform the songs of Helium I wasted no time picking up tickets.

I roped my amigo Alex into seeing the show. Take a look at my review of Dream Syndicate for my reminiscences about the Alamo square area, and my history with the Independent, formerly the Kennel Club. It was a fairly frigid San Francisco night. I had picked 4505 Burgers and BBQ off of Yelp as our meeting place. There was a 20 minute line to order kinda pricey BBQ and dine on outside benches under heat lamps. The food, however, was top notch, and well worth the price.

Bellies full, we wandered across the street to the Independent. We got there shortly after the doors opened, and decided to park in the raised seating along the right wall of the club. We ended up staying there the whole evening, as the view was good, and the sound was excellent as well. In general, kudos to whoever’s responsible for the sound at the Independent, because the audio was punchy, rich, and clear for the entire night, which really enhanced the experience.

Allison Crutchfield opened. This would be my second time seeing her perform. Tonight it was just her and a drummer, but the sound was full and satisfying. Crutchfield traded off playing guitar and keyboard, and seemed equally comfortable with both. Crutchfield is good songwriter with pithy, thought-provoking lyrics. Her musicianship and vocals are assured, and overall it was a very satisfying opening set.

Before long set-up for Mary Timony was underway, and Mary herself could be seen on stage checking her guitars and equipment. She was playing an unusual guitar, possibly a Saul Koll custom model. I noticed that everyone was using an Orange amp for the Helium set.

The venue was pretty full, and everyone was in a state of anticipation to see these amazing songs performed. The band took the stage, the crowd whooped and clapped. Mary greeted us, and with no further ado announced “this one is called Pat’s Trick”. I was able to identify the following songs from Saturday’s show – there were several others that I wasn’t able to recognize:

So, I’ll just say the show satisfied in every way. Mary was in good form, and she seemed happy to be there. Timony’s voice ranges from sultry lows to ethereal highs, and her guitar playing was incendiary as always. The accompanying band members, Nicole Lawrence on guitars and keyboards, Brian Betancourt on bass and David Christian on drums were all excellent, and played Mary’s intricate compositions with confidence and fluidity. Nicole Lawrence is a fiery guitarist herself, and on several instrumental breaks Mary and Nicole stood facing each other and trading riffs like old-school guitar gods.

Several of the longer compositions allowed the musicians to revel in all sorts of prog rock goodness. Timony’s finger tapping proficiency in The Revolution of Hearts Parts I and II was so good. And encore finale Baby’s Going Underground featured all kinds of joyous cacophony, including Nicole Lawrence using a drumstick to play her guitar, alternately like a violin bow and a hammer.

Needless to day, if you get a chance to see Mary Timony Plays Helium, run don’t walk to get your tickets. You’ll be glad you did. 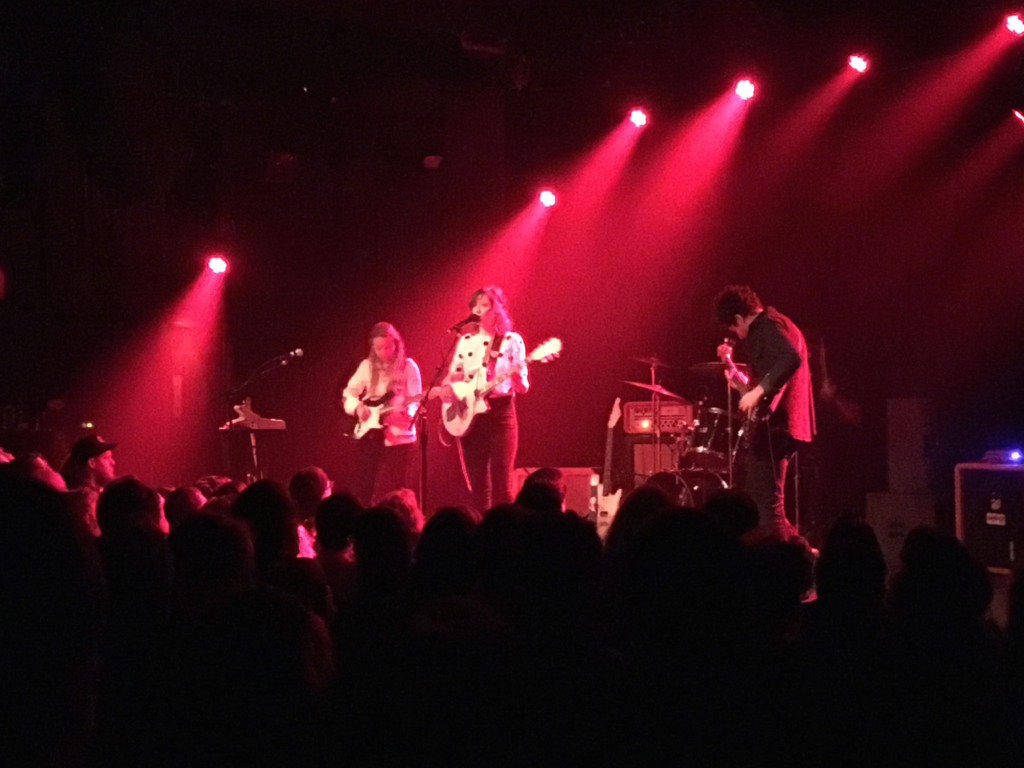 Mary Timony at the Independent