As usual, I had hoped to write this last weekend, but there was a work crisis which spiraled and wasn’t wrapped up until Friday. So here I am, writing a review of a show I saw 10 days ago. But I have my notes, and I will do my very best to write a good review for you all. 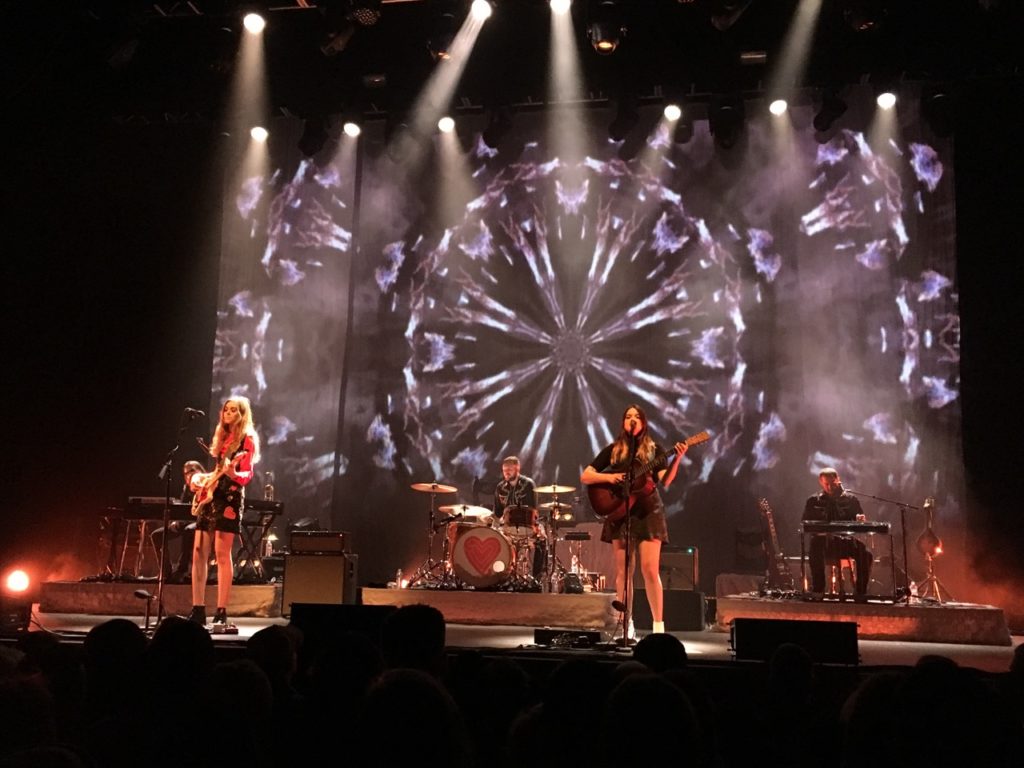 I saw First Aid Kit the first time about 4 years ago, also at the gorgeous Fox Theater in Oakland. I was blown away by First Aid Kit back then – their ringing harmonies, killer songs, and their star quality – that charisma that certain performers have that just make them riveting. This recent show was similarly great.

Tonight’s show was the first one of their North American tour, which made it kind of special. I felt that both First Aid Kit, and opener Van William were pumped for the occasion. The Fox Theater with its Indian Moorish architecture is always a great setting, and with the enthusiastic crowd it made for a great night of music.

Van William said he came from Long Beach most recently, though his Wikipedia page says he’s also lived in Alaska and Norway. Van is a very talented and likable guy with catchy songs and a good voice. He was energetic, and bounced around the stage like a rabbit during the instrumental breaks. He was accompanied by an unassuming drummer who played hard, and a bouncy bass player with short dark hair and an ever-present grin. Their songs are what I’d call indie folk, but Van has a very pop sensibility, making the songs really catchy and dance-able. Anyway, he played maybe 35 minutes, got the crowd loosened up, and made his farewells.

One of things I remember from my first First Aid Kit show was their magnetism as performers, and their sense of showmanship. From the moment they took the stage, their performance was assured, yet they remained very humble and appreciative of their fans. Their stage show was enhanced by the great venue with its exotic decor, the dramatic lighting, and some great visuals projected on the screen behind the performers. Even Klara and Johanna’s outfits were subtly coordinated, and later I realized that the fine backup musicians were all wearing matching black outfits with red embroidery on the shoulders.

They also know how to put together a song for maximum impact. The opening number, Rebel Heart perfectly illustrates this ability. It opens up with simple repetitive riff picked on the guitar, lifted by strains of organ, and Johanna’s heartbeat like bass notes. Klara’s voice is as clear, and strong as ever on the opening verse:

Of course the music keeps swelling through the next verse and into the chorus’ resolution:

“Why do I keep dreaming of you
is it because of my rebel heart?”

So the Söderberg sisters were definitely back in full force, and owning the stage. The set list I noted was:

Rebel Heart
It’s a shame
King of the World
Postcard
Stay Gold
Lion’s Roar
You are the Problem Here
To Live a Life
Ruins
Wolf
Crazy On You (Heart Cover)
Fireworks
Emmylou
Nothing has to be True
[encore]
Hem of Her Dress
Revolution (with Van W.)
Master Pretender
Silver Lining

There were so many highlights, it would be hard to catalog them all. But they showed that they are not afraid to take on sexual politics with a fiery rendition of You are the Problem Here, their searing song about gropers in the entertainment industry. The audience, which was maybe 75% female, screamed in appreciation.

About halfway through the set Johanna announced that they would now perform a song by another sister duo. It turned out to be Crazy on You by Heart. Klara said “I’m so nervous about this” and then proceeded to nail the complicated acoustic intro to the song. The band obviously had a great time tearing into this classic rocker, and the crowd went wild.

The set list included favorites from the previous two albums, The Lion’s Roar and Stay Gold, along with a heavy selection from the just released Ruins. If First Aid Kit is coming to your town, do yourself a favor and catch their show -you’ll be glad you did!

Bay Area people – February brings a rare opportunity to see the mercurial Mary Timony performing the songs of Helium, the band she fronted in the 90s. The show is coming Saturday, February 17 to the Independent in SF. I’m really anticipating this one – hope to see you there! 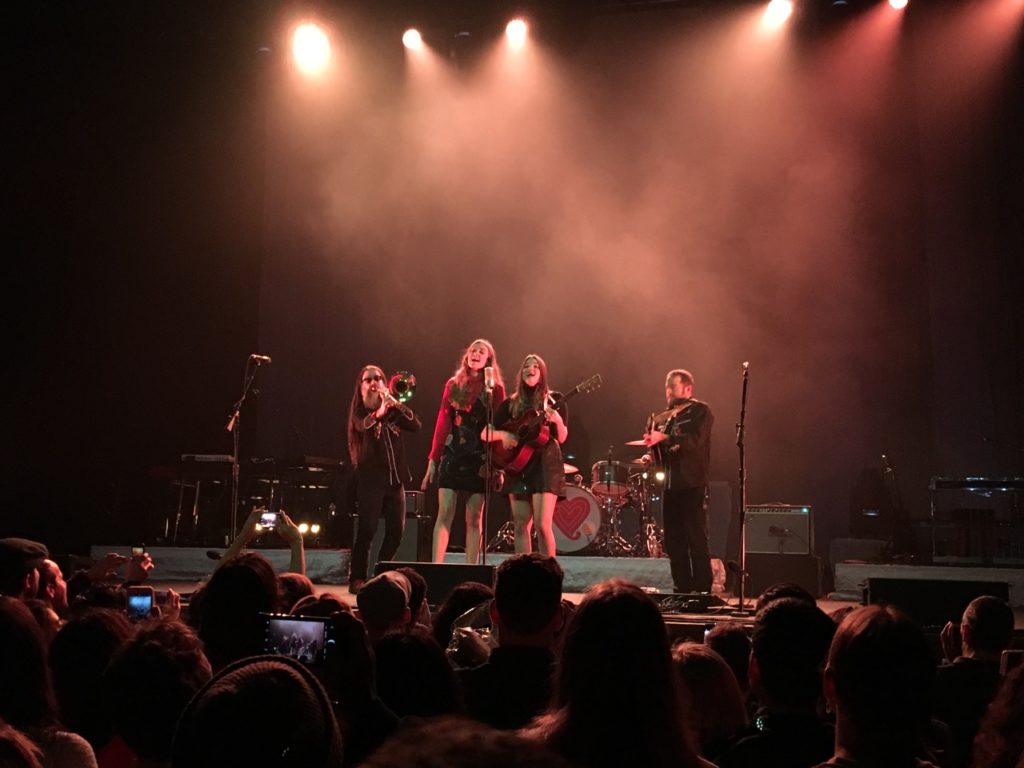