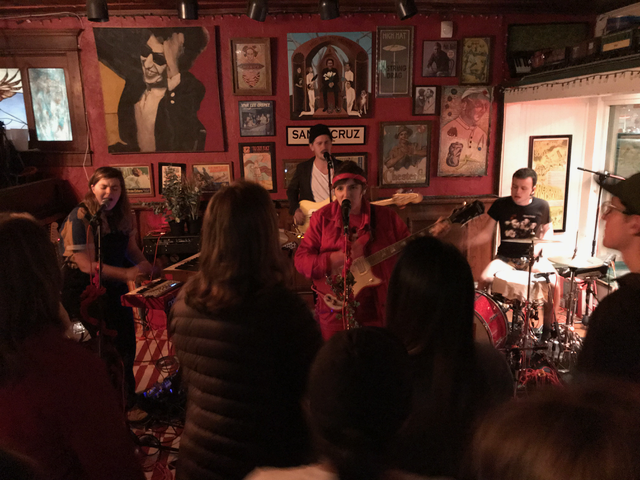 Caroline Rose at the Crepe Place

Still working on catching up to my concert review backlog here. Going back to February 27, I saw a phenomenal show headlining Caroline Rose, supported by Superet. I found out about Caroline Rose maybe a year ago. Caroline Rose’s latest album, 2018’s Loner, serves up a snarky critique of cultural/intellectual monotony (More of the Same), sexism (Bikini) and consumerism (Money). However, the album is also dripping with very heartfelt tales of breakups (Getting to Me) and self-doubt (Cry!). Her latest batch of songs not only come straight from the heart, but they’re wrapped in smart, punchy electro-pop sound that is unique and inventive. So it was a no-brainer to catch her show at Santa Cruz’ intimate Crêpe Place.

Opening band Superet is a 5-piece band with a big rock/pop sound. They are from LA and I like this band a lot. Overall they were very tight and rocking. The songs were appealing but not predictable – there were interesting changes and breaks which I like to see in a new band. The lead singer had a good voice and was quite charismatic. He was not afraid to “work it” a bit and show some emotion. I got kind of a Culture Club hit from some of the songs. I feel like these guys have some real potential and were, in short, a fine opening act.

Caroline Rose has a sincere quality I find very appealing. She previously put out an album of rootsy folk songs called I Will Not Be Afraid. I Will Not Be Afraid is very good album, but Rose did not play any songs from that record. As the story goes, she has re-invented herself as more of an electronic rock/pop artist. Her latest album, 2018’s Loner is a mix of indy rock and synth pop that has been compared to Le Tigre. Nevertheless, behind all the cleverness and bravado there is vulnerability – a combination I find irresistable.

The set list seemed to consist of pretty much everything from the new album, Loner. There was nothing from the first album. About halfway through their set, Rose and band ripped into a cover of Britney’s Toxic “I’d like to do a number by my queen – all of our queen…” The band is really tight, and they are having a good time. She joked about the venue “we’re playing in a restaurant? where they serve crêpes?” but did not hold back anything in her performance, despite having the audience right up on her as we were.

All I can say is that Rose and band have great songs, are ripping musicians, and put on a fine show. Go check out her music and catch the live show if you can! 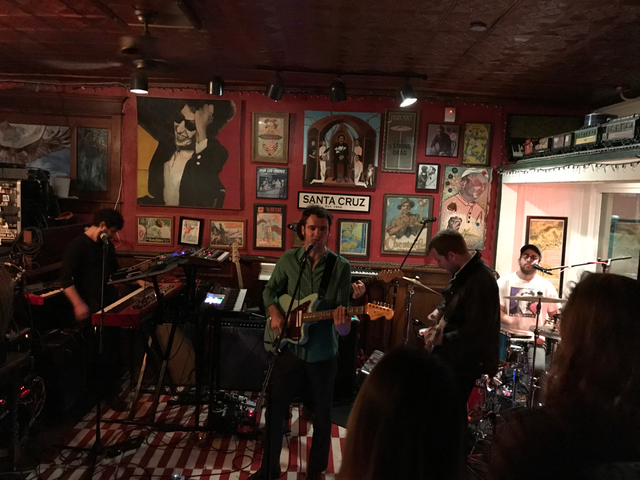 Superet at the Crepe Place