Skip to the Photos
This is my my late (again) review of a show I saw two weeks ago at DNA lounge in SF. Headliners were my faves Skating Polly, and also a wild, fresh band out of LA named Starcrawler. The show was on a Sunday night and as per usual I was on my own. It was a two-hour drive from my home near Santa Cruz, and I was excited about eating at DNA pizzeria. I ordered two slices and a coffee and kicked back at a table. There were a lot of cool posters up on the wall, and through a side door into the nightclub next door I could see the stage. After a while a prog rock band started their set which I assumed was Lower Self, the first band on the bill. I wasn’t that into them, so I kicked back and watched through the doorway (and on closed circuit tv) for a while, since I knew it would be a long night.

As it turned out, this was a completely different musical lineup happening in the other part of DNA Lounge, and my show was happening in a smaller space upstairs. The upstairs space was quite intimate, with the stage set up in the window looking out on 11th street. There was a DJ booth along the wall to the right of the stage, and the bar was at the opposite end of room. I got myself a Kaliber and waited for the show to start.

Eventually the first band  was getting their cocktails and checking their equipment, and soon it was showtime. Lower Self is a three piece punk rock outfit. Bass player tall with skinny mustache. His foot does the twist while he plays. The guitar player is a platinum blond with doll-like face. She has a good voice and they did some nice harmonizing which I appreciated. They are a little X-like at times. They seemed to be having a good time, and I found their set enjoyable. Ended their set with a Siouxsie Sioux cover. Nice openers.

I had high hopes for Color TV. I had liked the couple of videos I watched in preparation. They certainly looked good, and had brilliant outfits. But I have to say their set didn’t really come together for me. Maybe their songs just lacked hooks? They definitely gave it their best shot, and were very energetic. I did have a bit of a crush on the drummer, who sounded great and seemed to be having a really good time. But yeah, I think they need some punchier song writing to realize their full potential.

I had checked out Starcrawler on the interwebs, and I was looking forward to their set. They are a young band out of LA formed by Arrow de Wilde on vocals and Henri Cash on guitar. Filling out the lineup is Austin Smith on drums and Tim Franco on bass. Arrow and Henri met at high school (where maybe they still attend?). The debut album is due out in January. For a young band, they had fantastic stage presence and showmanship.

The band came out, sans Arrow, and started the first number. Snaking her way through the darkened audience, Arrow slithered onto the stage. Arrow is unusually tall and slender, with red-dyed hair, and is a bit of a contortionist. Her outfit was an homage to Cherie Currie, perhaps, a kind of flesh colored leotard and tights, decorated with studs, bits of lace and garters. Her dark eyes pierced the audience beneath her furrowed brows. Starcrawler were epic, alien, and awesome.

The guitar player, Henri, was totally feeling it. (I spoke to him after the show, very friendly and nice.) He moves around the stage like Angus Young, mugging while laying down chunky riffs, occasionally jumping into the audience or abusing his guitars to create noise and feedback. Arrow was a little bit scary, which I found unsettling and brilliant at the same time. It made me really think about my place as a passive audience member, watching the artists pour their hearts out, and what that means. She was definitely about breaking through that barrier. She spat water on the audience, and fucked with a bunch of guys near the front. She spat fake blood on the face of the guy directly in front of me, which he was not too happy about. I don’t honestly know what I would have done if Arrow had shoved that mic into my face, and expected me to sing, when I couldn’t even understand the words they were singing. But I’m sure it would have made me feel something new. Anyway, I’m sure they played all their hits, cuz they’re pretty new and their album isn’t even released yet. I recognized I Love LA, Ants, and something about blow jobs. They played with 120% conviction and deserve to be stars in my opinion. Go buy their album and see them live if you can!

I have written previously (here and here) about Skating Polly, who are my newest favorite band. They have a disgusting amount of talent as musicians, song writers and performers, and generally have great creative instincts. However, tonight’s set seemed a little off. Like Starcrawler had sucked all the air out of the room, and it was hard to go on after them. Skating Polly compensated by being super amped up. The songs came out fast and hard. Kurtis was hitting the drums so hard, it’s like he’s trying to destroy them. Here is the set list I made:

Pretective Boy
Nothing More Than A Body
Ugly
Louder in Outer Space
New One – maybe “Queen for a Day”?
Oddie Moore
Stop Digging
New One – Peyton is lead
Perfume for Now
(Kurtis and Peyton switch so she is on drums, and Kurtis on guitar. Peyton seems happier to be on drums.)
Hey Sweet
Picker of His Words
(Encore)
New one – maybe “A Real Good Night”?

Overall, I found this performance less awesome than my previous SP show. Even though Peyton’s voice was back, they seemed musically less in sync than before. The lovely song Louder in Outer Space seemed too fast, kind of spoiling the way the energy slowly builds.

On the plus side, it was good to hear some of my favorite songs that were missing last time, like Nothing More Than a Body and Oddie Moore. The three new songs all sounded great, and got me excited about the new record they’re working on. And it was nice the way they ended with Picker of His Words, which is such a pretty song, and kind of brought the energy back to a more grounded, intimate level after a very amped up set. I was expecting them to play Hail Mary which is such a killer song, but they didn’t play it which made me sad. After the show I picked up the “rare” 7-inch of Alabama Movies and A Little Late to commemorate the evening, and headed home. Definitely a packed night of high energy rock and roll.

I had so many good pictures, I made this album for you: 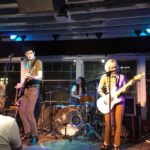 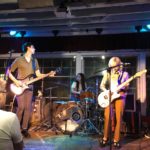 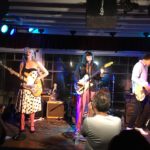 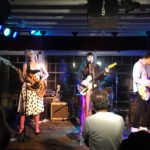 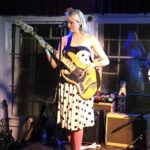 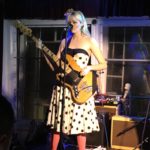 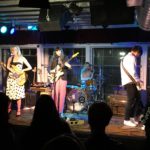 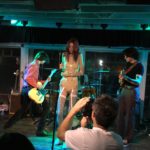 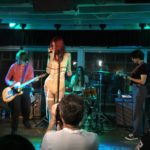 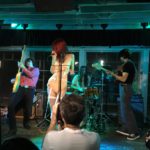 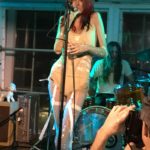 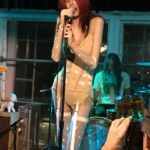 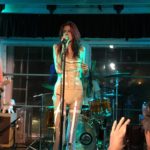 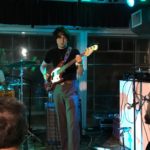 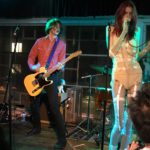 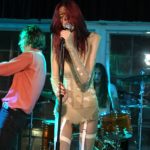 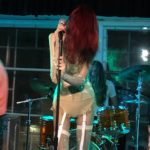 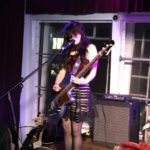 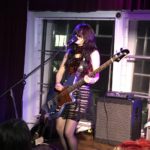 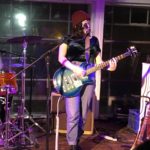 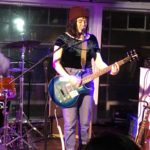 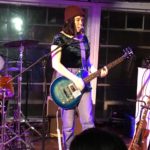 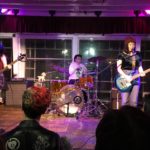 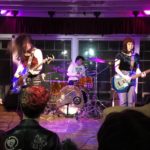 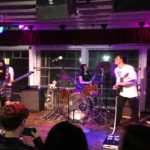 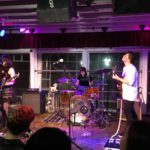 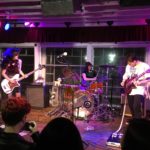 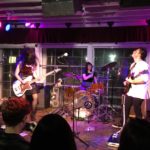